So you read ‘A Barrel of Laughs: Part One’ and since then you must have been itching for the sequel… or maybe not. Anyway, here it is. In the previous article, we described the taste qualities of certain oaks, now I thought it would be a good idea to go into more detail about the lifespan of a barrel and a concept called toasting.

Barrels are pretty expensive. An average barrel can range from between $600-$1,500. It’s not a cheap! Barrels themselves can last up to 100 years but after four or five years of use the barrels are going to have lost a lot of the characteristics and become more neutral. Although there is a market for the sale of used barrels, for example in the use of ageing whiskey and other spirits, also interestingly a lot of micro breweries are ageing their beers in wine barrels. I tried a couple of these when I was in Toronto earlier this year (read about them here in Hybrid Theory: Bellwoods, Blends & Breaking Barriers). Despite the market for used barrels, there are measures you can take to ‘tune up’ the barrels and get more life out of them.

We recently had a cooper come to the winery to re-toast some of our barrels. It was really interesting to see and and I got all giddy. I felt a bit like a teenage girl who had just met Harry Styles. Basically, before being sold initially, a barrel will be ‘toasted’. This is a process where a fire is set inside the barrel and its insides are lightly charred. This removes the harshest tannins and the really raw oaky flavours to leave it more pleasant and gentle. So, when a barrel is re-toasted it basically has to be burnt again but first you need to burn and possibly scrape away the first layer of the oak staves that have absorbed too much wine etc, then when the stave is fresh/raw the cooper will then burn the insides again. 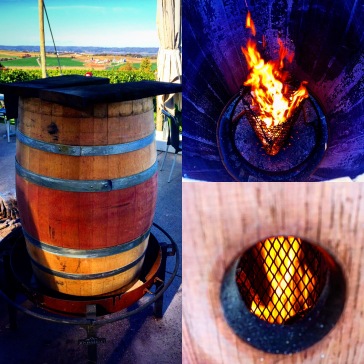 It’s not as simple as just starting a fire in a barrel, many things need to be taken into account like the qualities of the wood you are burning, the humidity of the space that you are doing the process in and the temperature inside the barrel. There’s different levels of toasting/charring and a barrel will often state in the head which level it has had but normally the Cooper will toast it to the preference of a winery. A barrel will normally state he level of toasting it has had…

TH = Toasted Heads (means the ends of the barrel have been toasted too. 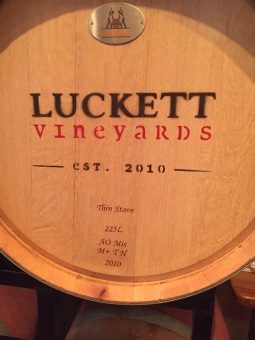 So there you go. Over two parts you have an introduction on barrels, what they bring to wine and the work it takes to maintain them!