Summer is well and truly upon us and it is marvellous! Have you ever noticed though that there are those people who after half a day of 25 degree heat, they start complaining that it’s too hot? Well, if you’re one of those people we have a list for you of all the refreshing beverages that will cool you down… if you’re not one of those people, this is a list of refreshing beverages that you can enjoy in the sun without being a complaining Christopher.

So… here it is

Our featured drink in this list is called Clean Water Lager by a brewery called Brewgooder. Started a few years ago by Alan Mahon; Brewgooder is a non-profit organisation which is focused on developing infrastructure for safe water supplies in developing countries.

The idea for Brewgooder began back in 2012 when Alan developed a water-born illness when doing some work in Nepal. He came back home and fortunately got better. He then decided to look into this more, more specifically the problems regarding not having safe drinking water. In the countries worst affected by a lack of clean water, there isn’t an effective health service like what we are used to in the UK and unfortunately what may not be a hugely serious illness here in Britain, can be life threatening in countries such as Nepal and Malawi. Wanting to do something about this, being a beer drinker and with the craft beer industry rising, it seemed like the right time to incorporate beer production with clean water development.

A little-known company that you may have heard of called ‘BrewDog’ brews their beer for them, so you don’t have to worry about the quality of the Brewgooder’s beer. This also enables them to handle rises in production, which I guess is essential, as the more people buy, the more people they can help. The vision for Alan and Brewgooder is to build wells and provide clean water for 1,000,000 people. It’s a very commendable target and to be honest with the growth of the company and the reach that they have makes that target very reachable. You can buy Clean Water Lager from Asda, Aldi & Co-op stores across the country, or order some here.

Anyway, in terms of taste, Clean Water Lager is a solid session beer. I enjoyed it at a lovely family barbecue a few weeks ago and could have drunk a lot more than I did. It’s light, crisp and refreshing. The nose has a lovely subtle citrus aroma and that continues with the actual taste when drinking it.

#2 Falanghina by When in Rome

We met with Rob from When in Rome (who, coincidentally is good friends with Alan of Brewgooder) back in April and had a blast. It was a beautifully sunny day, the perfect weather to be sampling wine. One of which was a lovely Falanghina. It had a very fruity and floral nose, was medium-dry with a slightly sweet finish and some very subtle acidity. There was a hint of mineral texture/taste to it and was really refreshing.

This wine gets on the list for two reasons. The first being the aforementioned style and taste but the second because When in Rome’s wine is all boxed. This makes it perfect for picnics in the park, festivals and barbecues. I love the ceremony of opening bottles of wine but boxed wine is so much more functional for occasions like this. It keeps it fresh for longer, it doesn’t smash if you drop the box and it’s easy to pour. Go get some!

You can get When in Rome wine through their website or at multiple Waitrose stores across the country.

This one is just for our Canadian readers. With one quarter of the Wined Up writing team being from Canada it felt only right that we involved them in this article!

The Annapolis Cider Company is based in Wolfville, Nova Scotia. If you’re a regular reader of the blog then you will know that Nova Scotia is a place close to my heart and the wine industry there is booming, however, before wine took off there and the hills of the Annapolis Valley were filled with grape vines, apples were the big commodity exported from there. To be fair, they still are. I used to walk to work through an orchard and it was huge! One day I got lost and was late for work.

The Annapolis Cider Company are artists in their craft and provide the good people of NS with quality cider products and push the boundaries of cider production. They have a limited edition/seasonal product called ‘Something Different’ and right now they have a beautiful Honey Blossom Cider, however I think the perfect drink to have in the sun from these guys is the Earl Blue. Earl Blue started out on the ‘Something Different’ range but was so popular that a few months after it had been discontinued they brought it back as a permanent fixture!

Infused with earl grey tea and blueberries, this is the most interesting and exciting cider I have ever had. Perfect to share on a walk on the Wolfville dykes (not that we, or the RCMP would promote drinking in public areas in Canada) or by the pool, in the garden or just wherever! it’s that good. 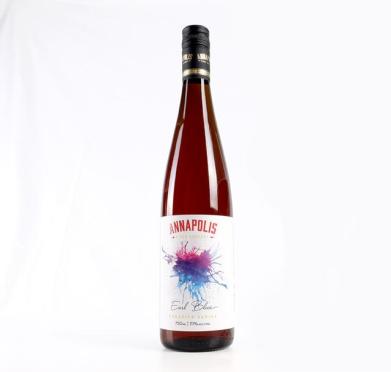 So, this is an original creation of mine which happened by accident. I asked a friend to pick up some mint so I could make mojitos for everyone one night but she accidentally picked up sage. What were we to do?

Well, I took the Sage, muddled it with lime, a bit of ginger (you can buy ginger syrup or make your own), added some bourbon (Maker’s Mark or Gentleman Jack is my preferred) and a bit of soda water. It was a great drink. Why don’t you try making one yourself? 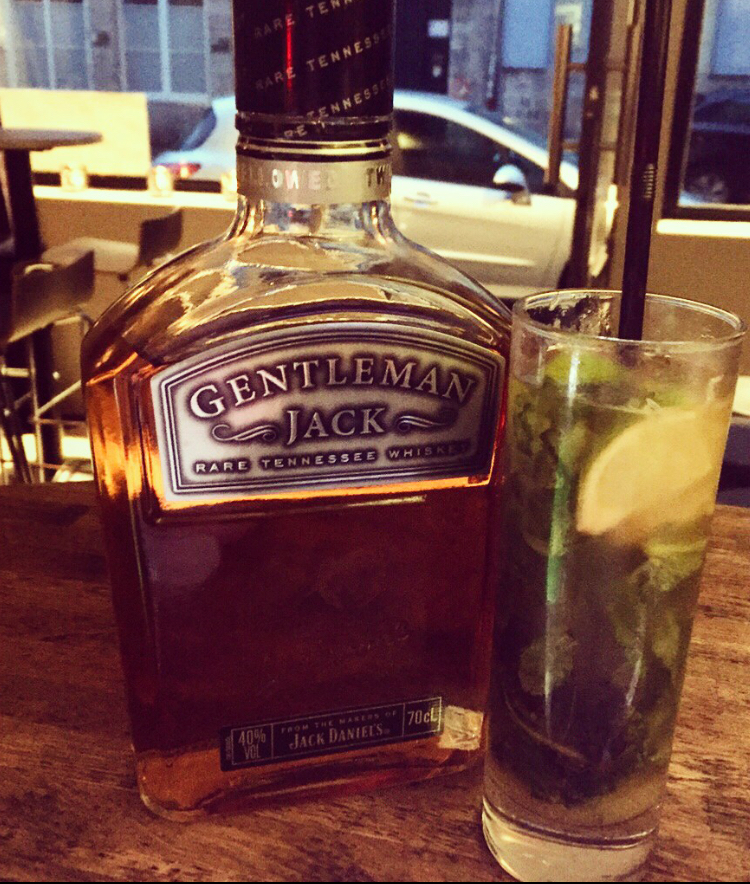 This rosé is a beautiful wine that I get to work with every day. Made from Syrah/Shiraz, it really has a beautiful depth of flavour that may surprise you. A lot of the time when customers aren’t sure what they would like, I give them a sample of this as a bit of a curve ball. Rosé is overlooked a lot of the time but we love it here at Wined Up. Earlier this year we were lucky enough to be treated to an extensive Catalonian pink wine tasting by our good friends Rachel and Ruben from L’altrevi. Rosé has a bit of a bad reputation but this one by Caruso E Minini really hits the spot and shows just how good rosé can be.

There you have it! A lovely, compact list of the drinks you should be drinking this summer! Give them a try and let us know which ones are your favourites.